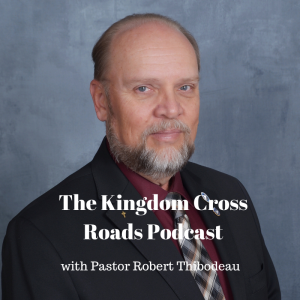 The Kingdom Crossroads radio show comes out of the Baltimore area by Pastor Robert Thibodeau.

Pastor Bob was a former military man, and later policeman. He retired from the Police force and God called him to set up a podcast ion 2007 – long before anyone even knew what a podcast was. Today he not only runs a huge podcast/radio show, but he runs one of the best hosting/development platforms for podcasters with FaithCasters.net.

Pastor Bob conducted a FANTASTIC interview and he had to break it into 3 separate parts to fit on his radio show. You can catch all three parts below: