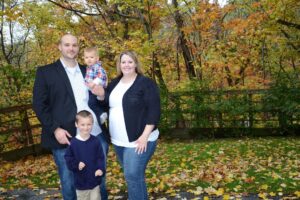 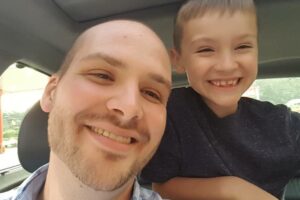 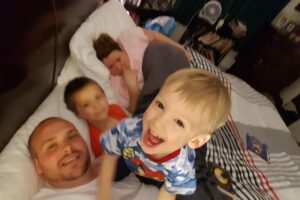 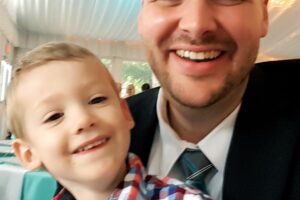 I grew up outside of a town of less than 100 people in a Southern West Virginia. There was nothing notable about the town where I was raised. It mirrored small barely incorporated towns dotted all of the world. I graduated near the top of my tiny class, playing football and working on my dad’s farm. I became a Christian at 15. I passionately followed Jesus, but I got really confused about my struggles and I walked away when I went to college.

I went off to college, in West Virginia and took Engineering Physics at a small college in Buckhannon. I made a lot of friends. I got a degree. My last year, I got introduced to a group of Christian entrepreneurs. Their passion for their faith and their passion for their purpose challenged me. I wanted what they had – their passion, their faith, their business success. From their I started living a dual life, learning to build a business and maintaining the rest of life ….finishing college, finding a job, starting another job.

I eventually started working for an oil & gas company in the biggest city in West Virginia – Charleston. It’s not that big … but for a small town boy, it was huge for me. I started pursuing my Christian faith again, and found a church. I made many life-long friends.

After 2 and half years, my job told me to move or to find another job. I chose to move. That last summer in Charleston, I got my heart broken. I moved to Pittsburgh in October. That winter was one of the coldest on record. It was a dark time for me in many ways.

I eventually started getting my feet under me. Some of the local business team opened their hearts to me. I found a local church. I found some great friends. And eventually, I met Stephanie.

Stephanie and I married, and I joined her church – Allison Park Church in Hampton, Pa. I began to see my oldest son Izaiah, who was born as a result of the heartbreak and dark season of when I moved to Pittsburgh. Within 10 months of being married, Samuel was born…..with two congenital heart defects. We struggled mightily, as detailed in “For This Child I Have Prayed,” and Samuel had 6 hearts surgeries in 18 months.

Coming out of the hospital, Stephanie and I struggled with our mental and physical health. I eventually overcame the health issues. Stephanie continued to struggle with hers. My job at the oil & gas company grew incredibly oppressive. I began to work on any way I could find to get out of the job. In that season, I began to write down and create “For This Child I Have Prayed.”

I eventually ended up leaving my job in oil and gas and started working with a software company. During the COVID lockdowns, Stephanie and I started getting her health right. And I put the final touches on my book.