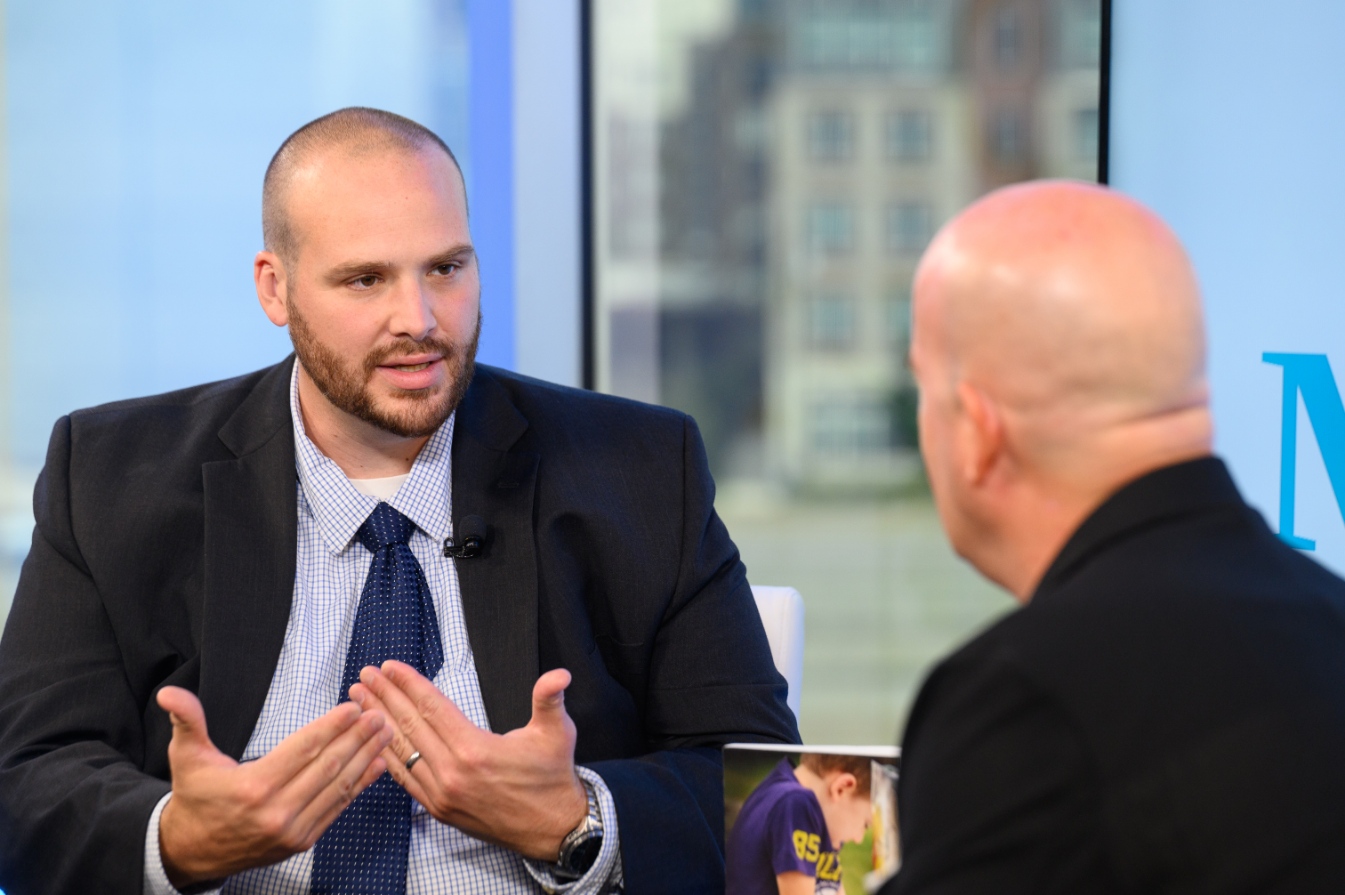 Authenticity has been low-key buzzword in most business circles for the past few years. To most people it is a magical connector that endears people to you. But authenticity isn’t the only necessary ingredient for being able to connect with people well.  Authenticity with toxic mindsets is scary.  You’ve seen the person who has no problem “being real” and saying everything they think or feel. That’s authenticity, but it’s not very endearing. The reason authenticity has been a low-key buzz word is because authenticity must be paired with healthy mindsets.

One main key to a healthier mindset, and in being authentic, is to understand who you are. There are two key elements to understanding who you are. One is humility and the other is a good self-image. If you understand them well, you begin to realize that you can’t have one without the other.

In 2015, during my son’s 6 Heart Surgeries, which I detailed in “For This Child I Have Prayed: 6 Heart Surgeries, 18 Months,” I learned a good self-image. You can find the details of that journey there. In January of 2017, the Holy Spirit told me that I needed to begin to study humility.

Humility is a funny thing. From childhood, I thought being humble was putting others above yourself. When I began digging into the nuances of humility, I had been working for an Oil and Gas company for 10 years, and I felt I had to defend myself with everything.

I did everything I could to learn the nuances of this discipline of engineering. On top of that, I also took on extra tasks to make things easier for the team. Soon, I was doing my work, and a lot of their work. Things often were poorly planned out, and so there were often emergencies. To survive the sudden “fires”, I began to plan out all of my tasks. I also did everything in my power to streamline processes, going so far as building databases, interfaces, and computer programs. Surely this would get me the promotion, I thought.

Instead of my hard work being appreciated, every mistake was pointed out. Further, it soon became known that for any work we did as a team, I was responsible for checking – even though I was the lowest ranked in our department. Even worse, my improvements were never celebrated to anyone, but my mistakes made it to the ears of executive management. This went on for years.

I was hurting.  I felt, and rightly so, that I wasn’t being treated well. At the time, I couldn’t put it into words. I realized, however, that the start of being humble was to take ownership of my own mistakes. To start, when I was blamed for errors, whether I did them or not, I accepted the errors and I owned them. Even if it wasn’t my error but I was blamed or it, I took ownership, as Jocko Willink describes in “Extreme Ownership.”

As I moved forward in learning humility, I stumbled across a verse in Proverbs that showed me the next steps. It was Proverbs 18:19, and it says that “One who is slack in his work is brother to one who destroys.” (NIV) I realized that as far as my own errors go, I needed to take my time and make sure that anything I did was well thought out and thoroughly checked, even if it took longer than expected. I began to take pride not only in my design abilities, but in my finished product.

As time wore on, my own manager began to notice my abilities, but his manager would not allow any raises or promotions. Instead, since they knew I did good work, I was rewarded with more work.

As the tasks and stress grew, so did my pain. Knowing very well the fruits of bitterness, I was determined to learn to grieve these hurts. I knew if I didn’t, bitterness would destroy my entire life and family that I worked so hard for. To combat the bitterness, I rose every morning to bring my concerns to God. Often, I would play worship and pray on the way to work. Sometimes when things were particularly bad, I would listen to worship while walking on the treadmill before work, just to continue grieving and declaring that God would not leave me in this pit. I wanted so desperately to quit, or worse to actively work against my employer, but I knew the God I loved would work things out in the end. I continued to humble myself under my employer, grieve my hurts before my God, and pick myself back up to do my best in everything. I still was crying out to God to give me the recognition at my current job.

Eventually, however, I began to realize that humility does not mean letting people walk on me. I began to read the book Boundaries, by Dr. Henry Cloud and Dr. John Townsend.

On January 3rd, 2019, I hit a tipping point. I woke up at 4:00 AM, almost a full hour before my alarm went off at 4:40 AM. I was well rested, just coming off of Christmas break, and could probably do without the sleep. However, as I sat down with my coffee, my journal, and my Bible – my chest started hurting and I felt incredibly weird. Since my youngest son, Samuel, had had 6 heart surgeries his first 18 months, as I detailed in my book, I had various tools to check my heart. I used an app on my phone to check my heart rate. Resting, it typically ran at 55 beats per minute, but now it was dipping into the low 40s, and even as far as the high 30s.

Realizing I may be having a heart attack, I acted. I went into my room, kissed Steph, and drove myself to the hospital 5 minutes away. Thankfully, I my physical heart was ok, but I realized that the stress of my job was threatening my well-being.

At that time, I had just finished a huge 4-month project by myself. My boss told me I had to take on another new role immediately after that. I was already working more than anyone else in my department. This 4-month project I had just finished was supposed to be the role of our entire group, instead I was left to handle it alone. Taking on another huge role was too much. I told my boss so. He told me I had no choice.

I eventually took on that role and task, but I did so as I always did; I programmed my way out of it. I was being forced to take on the equivalent of 2 full-time, well-paying jobs on top of my current job – that of a DBA and that of an ETL Developer/SQL Developer.

After 3 months of work, I managed to write a good enough process that worked without me. During that time, I prayed that maybe this would be the task where my management would recognize me for my work and grant me the raise and the respect that I so desired. When raise time came around, they once again passed me over for recognition and promotions.

I continued to cry out to God about my struggle and worship God through my pain, but every time I asked God for recognition, I was reminded of the parable in Matthew 20:1-6. I realized God was telling me that I was choosing to work there for the wage I had chosen. When I brought my pain to Him, He was reassuring me that He hated the way I was being mistreated, but He was also pointing out that He was not going to force their hands to make them respect me.

That fall, I finally realized that it was a hopeless battle to get what I wanted out of this job. I began to pray that God would give me a new job where I was respected. Within a week of praying that prayer, I bumped into a neighbor who was a hiring manager at a software company.

Because of all of these struggles and the bad environment I was in, I was being molded to be better and to better understand who I was. I learned how to be humble, and I learned how to love and stand up for myself in my own strength. Out of that humility and strength came the ability to be authentic. I knew who I was, and who I was not, and I was brave enough to be me.

In case you are wondering the end to the story, the new job eventually worked out and I started the new job in April of 2020, just as the lockdowns started. My old employer had to hire two employees to replace me and is working on a third. With my new employer, though, God has really shown off. Before, I was mistreated and disrespected by management and my peers, at my new job I was lauded by the CFO and my peers treated me with the utmost respect. At my old job, any extra work I did went unnoticed and unappreciated. At my new job, just doing my main job well gets me plenty of recognition. At my old job, between the workload, the rudeness, the shouting at me, and the blaming of me for everything, my stress was at a 10. At my new job, my stress has never been more than a 5 and typically stays around a 3, just enough to keep me going. In the most amusing piece of irony, I’m now working for a software company, and my sole job is to check other people’s work. God has a great sense of humor.